A downloadable game for Windows

GAME HAS BEEN DISCONTINUED AND IS BEING CONTINUED BY NEW DEVELOPERS. VISIT THEM HERE https://discord.gg/w7rFnssghW

Q: Why are the game versions so different? Which one do I pick?

A: The game started out very small and originally intended to be only featuring Shinobu. However due to legal and creative decisions, the game was changed to support multiple characters, physics, and full mod support. This means that versions 0.75 and below are the old Shinobu versions. v0.8 was a rushed experimental version to feature physics and multiple characters. v0.9 and above are the OFFICIAL game versions going forward. Features from older releases will make it into v0.9 as time progresses (or you can make them yourself with C# mod support!). Trailer for v0.9 to come out soon.

Q: What is the official name of the game today?

A: We are no longer Shinobu Project or Viva Project. It's just Viva now.

The bag works only in keyboard mode (for now till I return to vacation sorry lol). Once you have it on your shoulder press E to enter its inventory.

This is an advanced AI simulation that can interact and respond to many of your actions in a dynamic way through inverse kinematics, complex behaviors, and currently over 200 animations.  In short, this is a tamagochi on steroids. v0.9 just came out 10/25/21! Visit the [DISCORD] to download custom clothing and characters! Subscribe to the YouTube channel for updates.

You can get access to in depth technical information, modeling, animation, and programming blogs!

I don't know how to break the photo. Please tell me the general operation.

Are you going to put this game on quest 2

i dounwloaded the 0.9.3 since it was the last one, but its discontinued, where you guys will post the newer versions (i saw the project is in new hands now, hope you guys can keep this amazing work alive)

Its so precious! I want to play it all day, we need more lolis, maps and games to play with them, but its amazing! Please keep the good work!

JUST ADD THIS TO GAME

-Sumo match in this game) so you can duel them!

I was thinking about the sims mechanics so they could be more free and full of things to do,i would love to just watch my lolis playing around all day

Can you create a Mobile version of viva project?

Is there a way to teleport around the map? I always spawn at the spa but the house is on the other side of the map

Please make it compatible with standalone quest 1 and 2

What is the best version to play? I tried 0.7, but I couldnt pick them up and throw them around like in the videos I saw lol. Also why are my ingame hands at my irl fingertips?

when can you fuck them bruh

I just started following the project, i feel betrayed

Goodbye Viva, You had a good run

dev said they are quitting the production of the game.

nvm they gave it too new developers. Game probably still gonna get updates

ima need this for the quest2 on sidequest standalone

How much would it cost in $ to make this grow quickly? Because I want to support this, but I still don't have any method for paying. lol

by hes patreon, you can donate up to 7$

Today he announced he's done with the project, so... oof.

And, is there anyone who would be able to continue with this project? Does the creator want to not be finished this game?

He said he released the source, but I saw no links to repositories or tarballs

i think i would love the game but im not able to play it atm i have an issue with the input manager in the launcher of o.7.5 i think.

i cant change it back to whatever controller bind it was i can only put keyboard input in so now im unable to grab the book in which you save is there something i can try?

Dude, this night (I'm new in this game and web, but... read this)... Tonight I dreamed that in a game like Heroes & Generals WWII you could be in virtual reality and reload weapons with the VR controllers, and then a loli from Viva Project appeared next to me dressed for war with a weapon and a helmet, who he was saying something... I think it was that he needed to cover me and immediately he ducked behind a rock. So I crouched down too and reloaded my weapons. We both looked at the bridge over which we had crossed a river in order to invade an enemy area. Then I looked at her and she looked back at me with a worried face and an exhausted breath. All around were more men with their female companions running further than I can remember; some fell to the ground head-on from a shot to the stomach, others to the head, but without blood and made signs to run towards the enemy as if they were retreating. And to top it off, in my dream there was a tank in which there was someone on top with a shield pointing to the place to take.

Most likely, with the mix between anime video games, with Russia x Ukraine, with what I have studied about world wars and with my imagination, that is why I have dreamed of this. Tell me, would it be a good video game project? (The woman who accompanies you is customizable and interacts according to the situation; she can also die, although she reappears. In an online game or only in story mode.) And all thanks to the fact that what was missing in my mind was this beautiful simulator. 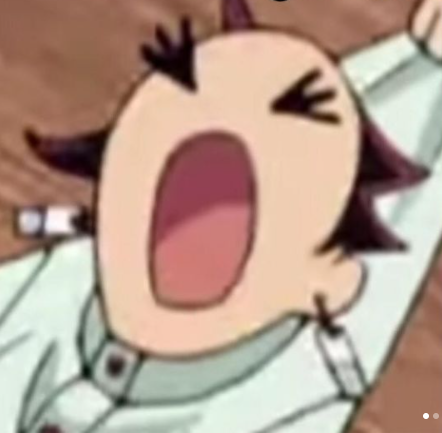 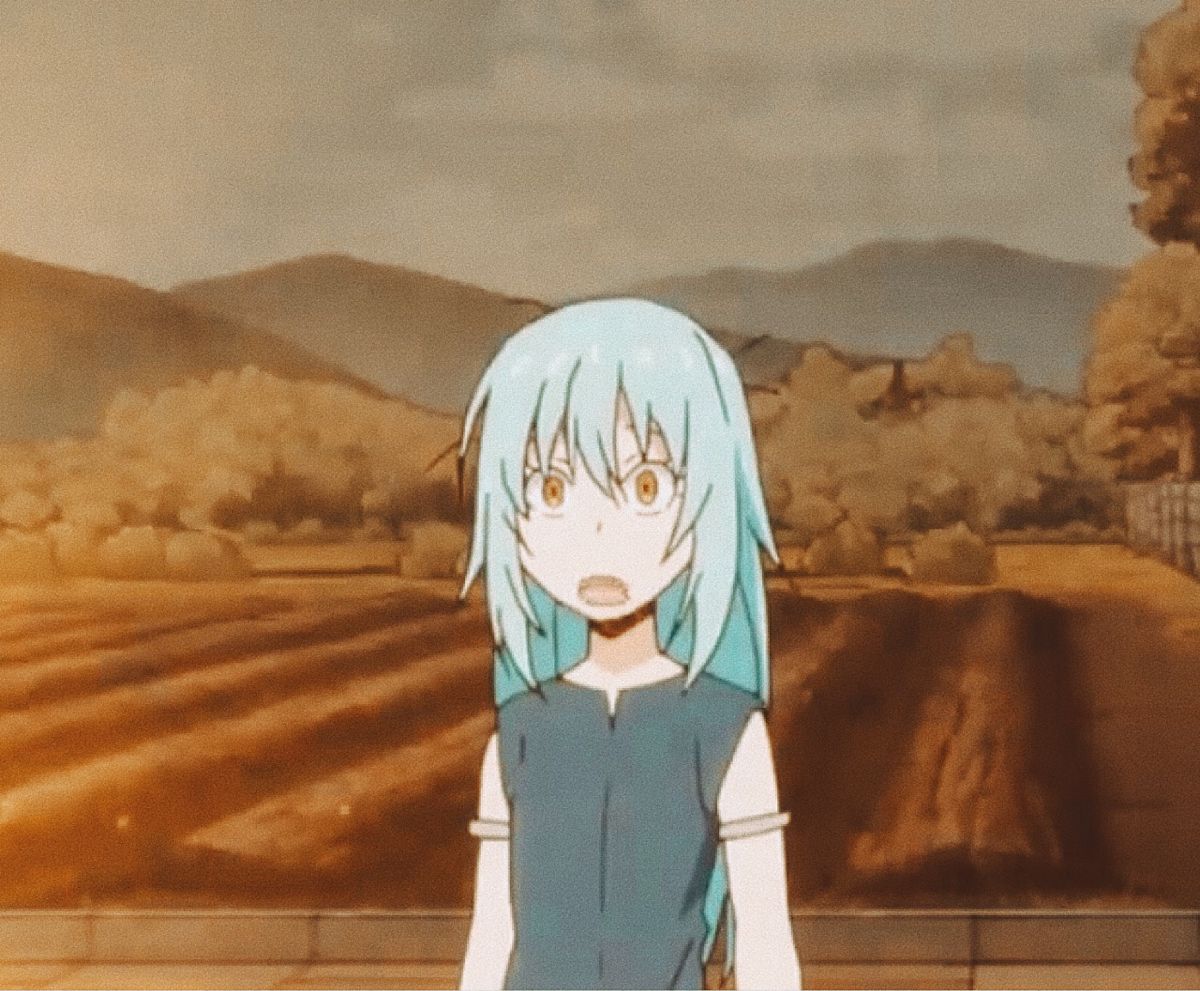 Most survival / shooting games could use a happy little loli/waifu by your side. If you want to work on developing this, remember to start on a short scale project and then build off of it.

Yep, I know that, but the important thing about this is that I don't know anything from game-developing... XDn't. I just want to work in other things as a scientist. BUT-->! I know I normally have so good ideas, and other people too, so probably in the future ill make a discord server for developers and "lore" designers.

when ever i get into the game it limits the game to 3 fps according to the geforce experience fps counter. this is not due to my hardware because the first time i ran it i had a solid 75 fps on high graphics

all i remember is you need 7-zip downloaded

Why did you break the game so bad?

When I get into the game, my wrists look like they are broken lol.  The hands aren't angled correctly.  How do you fix that?

how do i play the game?

I intend on getting Oculus Quest 2 to play this game.Is there any thing I should note? compability,controls,etc

Are there any oculus apk downloads for this game?

I'm thinking of buying vr and this would be my first game. What vr headset should I get to play this?

One of the HTC ones. Or WMR if you are cash strapped. Dont go with oculus stuff or you will be shackled to their platform.

Well with Oculus, at least the Quest 2, it's just Android with different UI so I think it's the least shackled platform/hardware, as with the quest 2, you have PC vr with link cable and Standalone VR on the device itself with either games through the oculus store or... you can install apks on it so it's probably the most free platform

just get an OQ2

Not really sure what the issue is. But whenever I launch the game the vision is weird. feels like I'm cross-eyed and don't know how to fix it. Any suggestions?

boy what the fuck

I can't download the new versions only the first ones

how can i access the sound files on 0.8? I want to modify it but can't find it anywhere. 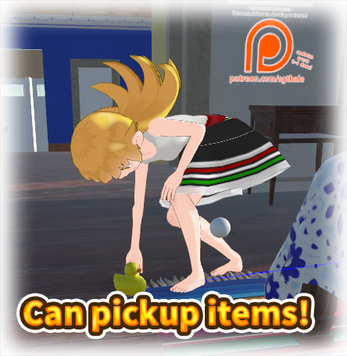 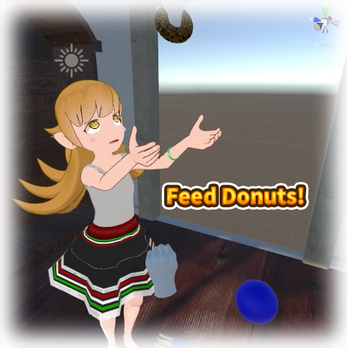 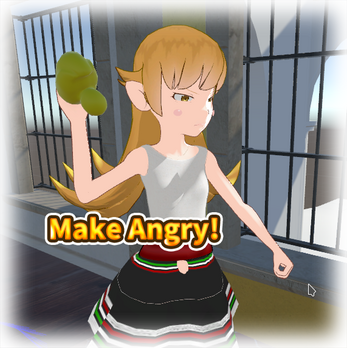 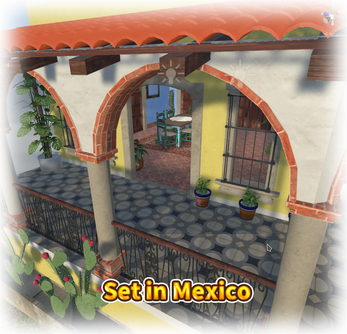 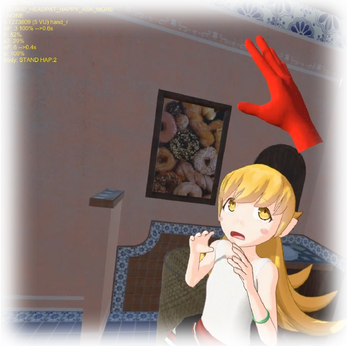